Many startups and enterprises have already hired ROR developers through ExpertRemote. We’ve sourced and vetted hundreds of ROR engineers of middle, senior and tech lead level. Save 35 hours per hire on average. It’s fast, it’s easy and it’s cost-effective. 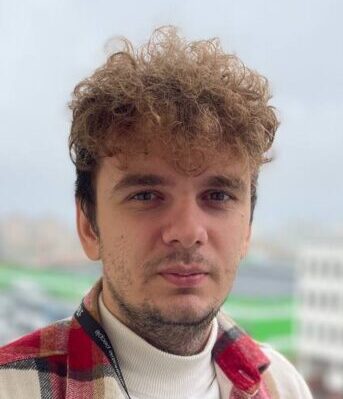 Our startup clients raised in total 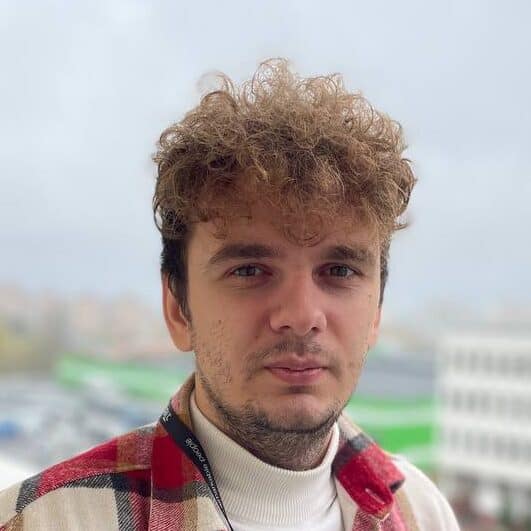 Experienced Software Engineer with a demonstrated history of working in the IT industry. Skilled in JavaScript, React.js, NextJs and NodeJs. Worked in FoodTech and Streaming projects. Enjoy building applications from scratch.

1
Talk to a hiring manager
Let’s jump on a 15 min call to talk about your business and hiring needs
2
Review profiles
From our network of 400+ tech experts we shortlist 3-5 for you
3
Interview & hire
Interview the candidates and hire the best. We offer 8 hour risk-free trial

What Expert Remote Does for You

Sourcing
We know how to find exceptional tech talent globally. To date, we’ve screened 40,000+ tech specialists.
Vetting
We shortlisted them to a pool of 400+ true experts with excellent hard skills, soft skills, English and work attitude.
Matching
We built a platform to quickly match you with the most suitable candidates based on your requirements.
HR & Payments
You focus on managing your team. We take care of compliant contracts, IP, NDAs, HR and global payments.

What Our Clients Say

We used ExpertRemote for hiring specialists in UI/UX design, web development, project management and QA. After speaking to a number of companies across the globe we chose them due to great communication and delivery of our projects on time and on budget.

What is it about the company that you appreciate the most?
Communications, Pricing and skillset.

We built a team at ExpertRemote that developed our product for 2 years. Developers were professionals, initiative and took part in all aspects of the software development life cycle.

What is it about the company that you appreciate the most?
They are very flexible. We were able to manage the team directly and grow as we needed.

We have been working with ExpertRemote for more than a year now. They provided our initial remote team and developed our MVP. All software engineers are hard working, reliable and communicate well which is hard to come by in that setting.

What is it about the company that you appreciate the most?
Reliable and great at communicating even when you are on the other side of the world. 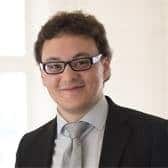 ExpertRemote developers helped in developing apps, but also in talking through scope and need and giving ideas – which is very useful for a non-coder like myself.

What is it about the company that you appreciate the most?
Communication skills.

Is It Really Possible to Hire Ruby on Rails Developers in 48 hours with ExpertRemote?

Yes, our specially designed algorithms and processes help our clients find the required talent in less than 2 days.

What Is Your Process of Vetting Ruby on Rails Programmers?

Every dedicated Ruby on Rails developer presented in ExpertRemote’s database goes through a set of rigorous interviews, test task, portfolio and background checks.

What If I Don’t Like the Services of Your Ruby on Rails Coders?

Before you hire a Ruby on Rails developer on a pre-agreed term, you get an 8-hour free trial period to help you get familiar with the technical skills of the employee and figure out if they are a good fit for your team and your project.

What Other Services Does ExpertRemote Provide?

What Projects is Ruby on Rails Not Suited For?

Hiring a freelance Ruby on Rails developer is a good idea if you want to go to medium-size projects with high performance and maintainability while keeping high development speed. For instance, for high-load projects with significant traffic, pick Java. For projects with neural networks and machine learning, pick Python. If you want a more affordable option for development back-end, pick Node.js or PHP. 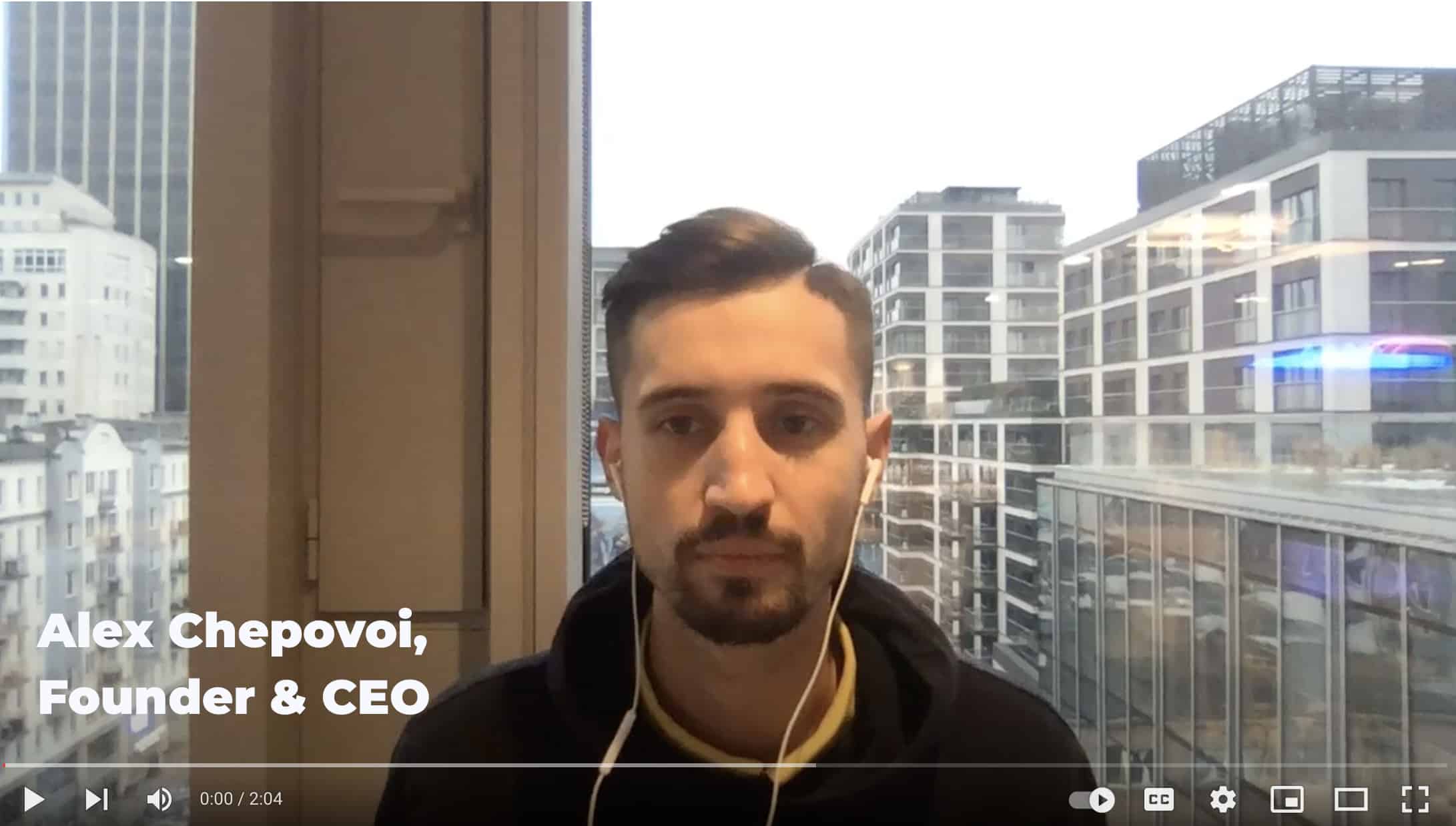 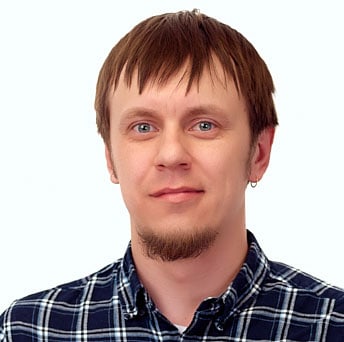 According to the Stack Overflow Developer Survey 2022, 5.83% of coders have fallen in love with Ruby on Rails. Today large companies like Imgur, Github, Twitch.tv, and others use it for their application development. A lot of startups hire Ruby on Rails developers to join this list because RoR allows them to build MVPs quickly, in a streamlined way — and RoR developers usually adore the technology they’re working with.

So, let’s talk about what’s so good about Ruby on Rails, why startup founders decide to go for RoR as a back-end and front-end technology for their software, and where to find the best RoR developers online.

Why Hire Ruby on Rails Developers for Your Project?

Ruby on Rails is often cited as the main reason for Ruby’s popularity. Rails, or Ruby on Rails, is an open-source framework written in the Ruby programming language and founded in 2003 by David Heinemeier Hansson, also known as DHH. Ruby on Rails developers use the framework for developing dynamic, large web resources that need to be really fast, fault-tolerant, and able to work under high loads.

Ruby on Rails developers can work as full-stack coders since the framework provides them with tools for front and back-end programming. Aside from providing functionality for manipulating backend server queries, Rails allows front-end rendering to HTML and incorporates CSS and JavaScript for dynamic rendering of the UI. For the front end, Rails also incorporates a template system that renders partials inside Views before showing them within HTML. It also uses Haml, a language for template markups that helps Ruby developers create more simplistic and easily understandable HTML templates.

A lot of people debate whether or not the toolkit of some of the front-end tasks justifies calling RoR a full-stack framework. Devs working with the Ruby on Rails stack still often have to know some JavaScript, but the framework does have the reputation of being versatile and multi-purpose regardless. That is extremely important for startups, especially in the early stages of their functioning. RoR developers use the framework for quick MVP development and for projects with complex underlying business logic that need to be straightforward and easily maintainable.

MVC is another integral part of Ruby on Rails. The term denotes the Model-View-Controller format. The approach divides the work of the application into three subsystems, each of which is responsible for a specific part of the solution’s architecture:

Such architectural patterns allow an RoR developer to work both on the front end (Views and pages) and back end (Model and Controller). Of course, it’s much more comfortable to split the responsibilities between Views (an RoR developer who will be responsible for the UI of a web application) and Model-Controller (an RoR developer who will handle server-side programming). But, not every company can afford that, especially at the beginning. After scaling, though, it’s common for startups to hire people to handle the back-end and front-end to better work through the logic and performance of the future solution.

RoR Gems for Every Purpose and Task

Gems cut development speed by a lot. There are gems for many purposes, including easier debugging, testing, security configurations, event management, and API integrations. Utilizing them saves startups a lot of resources.

What Ruby on Rails Coders Can Build

Hiring Ruby developers is an excellent choice for building the following products:

An expert Ruby on Rails developer should have the following skills:

Also, a freelance Ruby developer should have strong English-speaking skills and be able to work remotely without micromanagement.

Responsibilities of Ruby on Rails Experts

So, what do RoR developers do?

If you want to hire freelance Ruby on Rails developer with specific domain expertise, you should focus your search on candidates with corresponding skills. For instance, people who create software for healthcare or fintech have to have a good understanding of how to supply the app with threat monitoring/detection tools for defense against hackers.

To hire Ruby on Rails developers you have to test their knowledge. We prepared a few questions/answers as examples of what you could ask them in interviews.

Q. It’s a preloader for an app that helps accelerate development. Ruby on Rails devs use Spring to make sure the app is running in the background when they’re doing tests or migrating the app without restarting the server after updates or edits.

Q. An important concept for Ruby development, proc is a type of container or a capsule for a part of code that can be stored within a local variable, assigned to a method or other Proc (a callable piece of code). Developers use Procs to assign dynamic behaviors to different code components.

A: The app/controllers folder contains controller classes; the controller handles users’ web requests. The app/helpers is a subdirectory that contains helper classes that “help” classes for model, view, and controller. That makes code for MVC straightforward.

Q: What is a protected access modifier in Ruby?

A: If assigned to a function, it’s only possible to access the members via functions inside the subclass.

Q: How do dynamic and static scaffolding differ?

A: Dynamic scaffolding generates all the content and UI components at runtime, while static requires explicit command entry to produce the data. Dynamic scaffolding also doesn’t need to be synchronized with a database, while with a static one, database migration is needed.

A: If a project, for instance, uses API tokens and other methods or authentication that were stateless.

Some questions that help get you acquainted with the personality of a Ruby on Rails expert are:

Don’t forget to ask company culture-related questions if you want to hire Ruby on Rails developers to fit into the atmosphere of the existing team.

The median salary of an RoR developer typically falls between $71,168 and $88,634. The salary rates of the junior, mid-level, and senior Ruby on Rails developers for hire are as follows:

At the same time, you can find Ruby on Rails developers who charge on an hourly, monthly or per-project basis. You can easily find that thousands of companies around the world are using this framework when developing web applications.

Hiring a software development manager is even more challenging than a developer. The expert should have rather a wide knowledge in a variety of fields: – Project management: software project planning, delivery on time, risk management, etc. – People management: communication skills within the team,…

How to Find Developers for Startup: How to Hire Developers and Form a Dream Team

Probably the most valuable asset of each company is its people. Developers are the ones who convert your ideas into actual existing products. A typical startup often needs a strong dedicated team of talented developers that will be able to handle all the tasks entrusted….

Building an app is a complex process with lots of milestones. In April of 2022, more than 48% of small businesses already had an app, and another 27% were planning to release one. While in 2021 mobile games revenues surpassed PCs and consoles revenues combined….